After the first half of a sucky week, things are looking up.  I got a silly, part-time, temporary (from now through the holidays) gig.  I think it'll be fun, plus I can have my entire net pay withheld for federal income taxes, which might eliminate my need to make estimated payments.

I've managed to keep up my fitness frenzy.  I've logged at least 10 hours this week, walking and running and sweating on the Green Line and the streets of my hood.  In addition to shedding 10 pounds, I've acquired a tan of sorts.  Which makes it look like another four or five.  At the risk of sounding conceited, I'll say that my legs are lookin' fierce in my white shorts.  I still look like a geisha above my neck (layers and layers of SPF in my moisturizer, primer, foundation and powder), but I discovered bronzing powder (a benefit of my new gig), so I'm ok.

My social life is improving, but that's another post.  Or two or three.  The Daddler's doing fine.  Lucy is still demolishing everything in her sight, but at this point, I don't care.  I've locked Beulah, the Bulemic Cat, out of my boudoir, so my sleep is better, except for being awakened once or twice per night with her head-butting and desperate crying.  At least Lucy has settled into sleeping in her crate for the night.

So my Enchanted Aerie is pet-free, and I'm resting for a change.  Kiddo is settled at school.  No health or rental crises.  Who could ask for more?

What a coupla days.  I'd say the sky is literally falling, but that might cause you to think I'm embracing the whole Global Warming, Ozone Eroding, Henny-Pennyish Al Gore philosopy.  I must admit, I've actually considered his viewpoint, but after what he did to Tipper, he has no credibility with me.  I won't even get started on John Edwards.  What a prick.  Still, I recycle, avoid styrofoam, and buy alternative energy stocks (huge hits there.)  If I had no conscience, I'd buy alcohol, tobacco and big oil stocks.  At the rate things are going, I might need to rethink my socially responsible investing.  A girl's gotta think about the future.  And I'll proudly admit that I vote for candiates with an R beside their names.  On the other hand, I detest Rush Limbaugh.  Someone needs to shut him up.  What an asshole.  Misogynist.  Idiot.  Did I say asshole?  Alarmist.  Obnoxious hypocrite.

Enough already.  I feel like Will McAvoy on Newsroom.  My new favorite show.  So smart.  I think I like it even better than Boston Legal.

I could go on and on about how shitty my last few days have been.  I won't go into details, but I got a disturbing call from one of The D's doctors today.  According to the pathology results, he has skin cancer.  It's the best kind to have.  Wow.  Can it be good to have cancer?

I reacted violently to the word "carcinoma."  I think that was the kind my brother died from when he was 41 years old.  I shifted into my Henny Penny mode.  Which means I overreacted.  Who, me?

I could write about lots more crap I've been dealing with lately, including incredibly vivid and violent nightmares, a dog who destroys everything in sight, and a grouchy old Daddler who can't throw me a bone, no matter how hard I try.

But I won't.  I'm going to watch last night's episode of Newsroom.  Crush on Jeff Daniels.  Why is it that I fall for obnoxious, arrogant, emotionally distant men?

Could it be that I see myself in them?  Nawww.

The Daddler fell yesterday.  He was making coffee.  Said he got light-headed and his knee went out.  It's a regular thing for him to feel weak when he first gets up in the morning.  It's called orthostatic hypotension.  This is the first time he's fallen, though.

I took him to the doctor this morning.  He had the usual stuff done, plus an X-ray of his knee (it was a little swollen), an ECG, and extensive bloodwork.  Everything looked fine.  We'll get the lab results Monday.  He's still walking the dog and keeping his usual routine.

I worry, though.  This morning, I was upstairs making my morning ablutions, when I heard an ambulance siren.  I wasn't sure he'd gotten back from his walk.  I hurried down the stairs to see if he was home.  I was relieved to see him parked in his recliner, with Lucy in her chair.  Which reminds me.  She has chewed half the arms off the chair.  I keep meaning to put Tabasco on them.  By now it's too late.  It's ruined.  I wonder if she's part beaver.  I've lost at least five pairs of shoes and assorted other things.  Her chewing includes, but is not limited to, a bottle of nail polish, a string of rusty nails, a dried up squirrel carcas, a kite, and the hose to the shop-vac.  This, in spite of $40 worth of chew toys.  Oh, well.

Back to The D's doctor's visit.  From the time we walked out the door until the time we got back home, he instructed me on every single turn, parking space, elevator location, exit from the professional building and the parking garage, entrance to and exit from Wendy's drive-through, stop-lights, etc.  Keep in mind that each command was issued a minimum of two times in a harsh tone.  We used to call him Sarge.  As in drill sergeant.  When he does this, I get flustered, and turn the wrong way (I went to the second floor of the parking garage instead of toward the exit), which reinforces his behavior.

Usually, I can let it roll off my back.  This time, though, I was in tears by the time I signed him in at the doc's.  The sweet receptionist gave me a hug.  This isn't the first time she's seen me cry.  The first few times I went after Mother died, I got very emotional.  I guess this goes with the territory.

While we were on our way to Wendy's (his Shangri-la), the song, Breathe: 2 AM, by Anna Nalick, came on the radio.  It made me cry more, but it consoled me, too.  I don't let him see me cry.  Not that he would notice.

Even though I've failed him many times, (his pill boxes run out for a day or two before he tells me so I can refill them, I forget about his lunch or dinner), when it comes to his health, I've vigilant.  I've been to countless doctors' visits.  And trips for lab work, and diagnostic and outpatient procedures.  I've spent so many hours on his medicine, including a multude of phone calls and trips to the pharmacy.  The doctors love my elaborate spreadsheet of his meds, including whether he takes them in the AM or PM, a list of his specialists (complete with phone numbers and which prescriptions each one writes), and all his contact information.  I love the spreadsheet more, because all I have to do is print the updated one before each appointment and hand it to the nurse.  Only once did I have to fill out the stupid form instead of writing "See attached."

On that note, I need to catch up on laundry, make some muffins (he's out), clean up the kitchen and figure out dinner.  I still need to do his tax return.  Which is very complicated with all the medical expenses.

And remember to just breathe.

...it pours.  Usually we think of that as a negative thing.  But for quite some time, we've desperately needed rain.  I've needed rain.  Not a torrential downpour, but a nice, steady, soaking rain.  Like the one on the sound machine I play at night to help me sleep.

Over the past three years or so, I've learned so much.  It's been extremely painful, but valuable.  I learn from my mistakes.  And I make lots of them.  So I should have lots of wisdom.  And I do, but only when I don't get caught up in my emotions and abandon logic.  It's a delicate balance.  I'm happy to report that I think I'm there.  I'm cautiously optomistic.

I'm learning to live in the moment.  Focus on the good stuff.  And try to shake off the shit.  Funny, I just thought of extending the analogy.  The rain is cleansing.  Think about that. 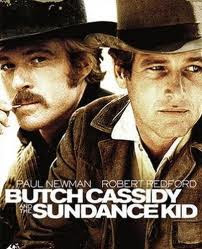 I've also just thought of one of my favorite songs.  From Butch Cassidy and the Sundance Kid.  What a great movie.  If you have 3 minutes and 11 seconds, watch this clip.  I promise, it will make you smile.   http://www.youtube.com/watch?v=VILWkqlQLWk

Oh, by the way, I just thought of a fun little ice-breaker.  Kinda like, "Are you a cake person or a pie person?"   (I'm definitely in the cake camp.)  I like this one better.  And it's my original idea.  "Paul Newman or Robert Redford."  In case you're interested, I'm a Paul-girl.  I think he is the most handsome man who ever walked the face of the earth.  I think it's not a coincidence that he was a genuinely good guy.

So I just did me some talkin' to the sun
And I said I didn't like the way he got things done
Sleepin' on the job
Those raindrops are fallin' on my head, they keep fallin'

It's been a crazy coupla weeks.  But extremely good the past few days.  I celebrated a birthday.  I'm terrible at remembering my friends' b-days, and marvel that they remember mine.  Of course, it doesn't hurt that I'm good at dropping hints.  The sweetest thing, though, was when The Daddler patted my head (the same way he pats Lucy, the dog) and said, "Happy Bert-day."  I'll always remember that.

I have plenty of good material about which to blog, but not enough time to do it justice.  Plus, I'm trying to be less impulsive.  No small feat.

Heading out in just a few minutes to extend the celebration.  And you thought the opening ceremonies of the Olympics went on too long...