Don't fuck with me 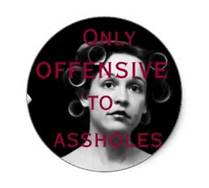 I am head over heals in love with The Bloggess.  AKA Jenny Lawson.  You've got to check her out.  I added her blog's link to my list of favorites, for your added convenience.

A good friend introduced me to her when he gave me her book:  Let's Pretend This Never Happened

Reading it made me feel much more normal.  Really, though, it just made me embrace my weirdness - she makes it seem downright glamorous to be shrouded in strangeness.

Have you read David Sedaris?  He's absolutely hilarious, too.  I'm so hooked.  Then there's Augusten Burroughs - he's kind of a darker version of Sedaris.

When I wright a book of my memoirs, I'm going to call it I Couldn't Make this Shit Up.  Because I couldn't.

I've had several blog-worthy experiences lately, but I just haven't had time to chronicle them.  Let's see... There's Sally's disastrous diarrhea episode.  My latest David and Goliath thing (Carol v. Lowe's, this time.)  Another mysterious crime case that called forth my inner Nancy Drew.  These are just a few that come to mind.  I'm sure there are more.

No time to write now.  I'm on a deadline with the rental house.  Tenants are signing the lease tomorrow.  I have to finish it up, plus ten million other things to get the house ready.  Fortunately, they're all relatively small things, but I need to get them done before they start moving in later this week.  And then there are all the things I've put off in my frantic rush to wrap up the rental.

The Good News and the Bad News

Bad news first.  Sally can now jump over the fence which divides the back yard in two.  The good news is that she has gotten too big to squeeze through the gate from the front section to the carport (and freedom.)  More good news is that she doesn't run away, unless she's following Lucy.  Which is especially good since Lucy can't jump out because she has short Dachsund legs.  That doesn't slow her down when she goes on the lam, though.  The bad news is that, in spite of her short legs, she's a regular canine FloJo.  And she's very clever.  She can open any gate or door latch, unless I've stretched a bungee cord tighter than Mary Tyler Moore's face to keep it in place. 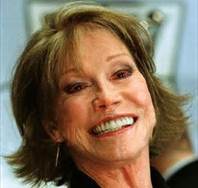 And she has big, paddle-like paws which she uses to dig under the fence.  I should've never let her watch The Great Escape with me.  Or one of those movies about escaping from Alcatrez.  The Rock, maybe?

Hey.  Lucy hates water, so maybe I should dig a moat around the house.  It would serve a dual purpose.  It would contain her and it would keep my yard from turning into a mud pit when it rains.  That wouldn't help the Sally sitch, though, because she likes water - I guess that's the retriever in her.  When I fill the kiddie pool, she tries to swim in it.

Maybe an electric fence is the solution.  Now that I think about it, though, there's another, equally challenging problem.  Sally eats anything she finds (if it's not a carrot or a pickle.)  Tell me - why would someone eat a dead vole or bluejay, and not a carrot?  I won't even mention dog poop, vomit, or the litter box.  Which reminds me of a sickening story.  One night, I conducted a bread and butter pickle blind taste test with my friend girl, Jolynna.  Followed by a blind taste test of three kinds of Baskin Robbins ice-cream.  For some strange reason, I threw my guts up.  (No, I wasn't preggers.)  I slept in JoJo's guest room, and I woke up to the sound of her Greyhound rescue - CatDog (I know) lapping up, ummm, yea.  The contents of the waste can stationed next to my bed.

That reminds me.  In case you haven't heard.  The definition of a good friend is someone who holds your hair back when you throw up.  Jolynna is a good friend.  She even got a cold cloth for my forehead.

It's been a crazy day.  Lots going on with my burgeoning real-estate empire.  Wheelin' and dealin' and scavenging wood from curbs.  I had no idea how expensive wood has gotten.  I hit the jackpot, though.  I found a $300 exterior door today, complete with really great hardware.  The right width for what I need.